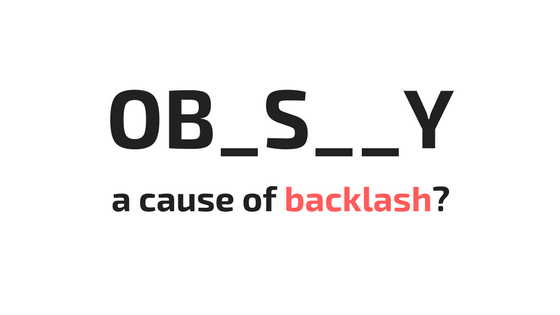 Smoking. Everyone knows the risks involved and the impacts it can have on your overall health. The links between smoking and emphysema, coronary heart disease, and in particular, cancer, have been long established and well publicised for decades. It is the biggest cause of preventable cancer cases in the UK, but perhaps what isn’t as widely known, and in this case, accepted, is what comes as a close second to smoking, and that is obesity. According to Cancer Research UK, “it’s thought that more than 1 in 20 cancers in the UK are linked to being overweight or obese,” and what is even more alarming is how little the public is aware of this fact with the same charity also stating that “being obese or overweight is linked to 13 different types of cancer, but only 15% of people in the UK are aware of the connection.”

Cancer Research UK took it upon themselves last week to inform the public of this health epidemic with a hard-hitting campaign that has been published on billboards and advertising space all over London and the rest of the UK. The campaign, designed in a “hangman game” style format, had the word obesity written in large font with letters missing from the word in order to make the public think, and guess, for themselves as to what the full word might be. What made the campaign especially hard-hitting is that it was designed in the exact same format found on cigarette packets which plainly details the, often gruesome, health risks involved with smoking. Using this format was an excellent way to effectively demonstrate that smoking and obesity can be as potentially dangerous as each other in causing cancer, and in both cases, lifestyle changes can be an effective preventative measure for developing the disease. 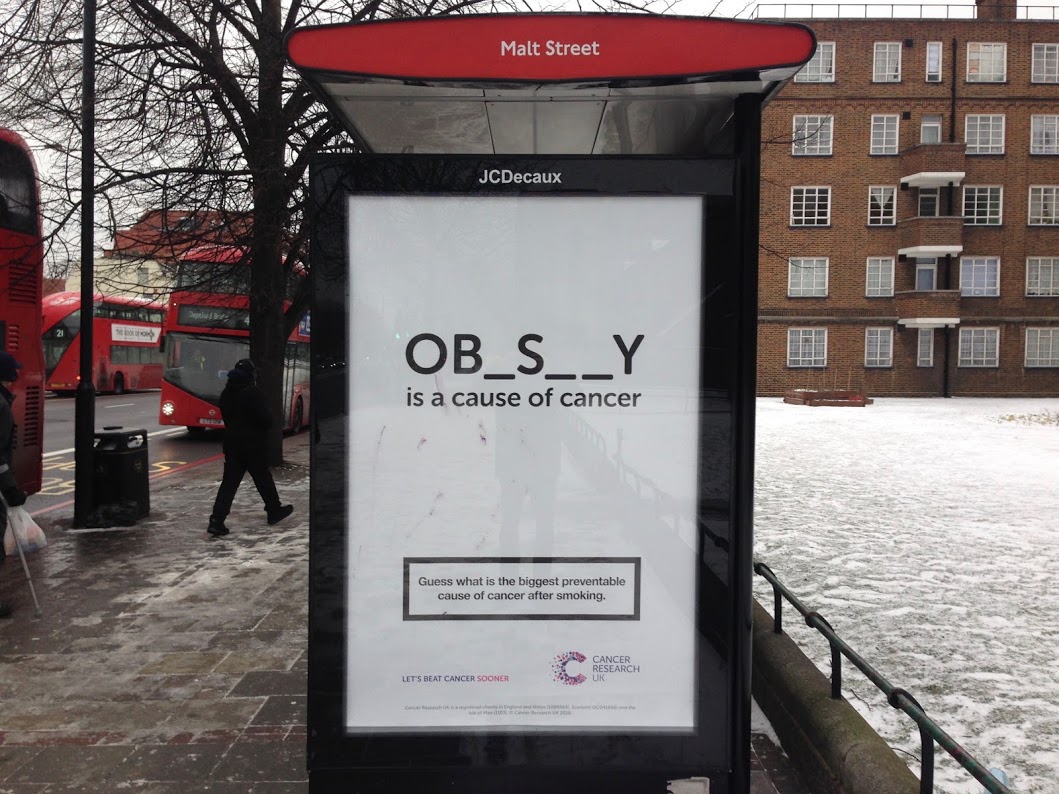 As the campaign made its physical presence felt, filling bus stops, tube stations, and various other advertising spaces around the UK, a quite unexpected backlash took hold on social media and discontent was soon voiced, and in many cases, sheer outrage emerged. Perhaps the loudest voice among the discontented was Danish comedian, Sofie Hagen, who, amongst other things, deemed this campaign as “hate.” Ms Hagen posted a series of tweets highlighting her outrage at the bold campaign from Cancer Research UK. 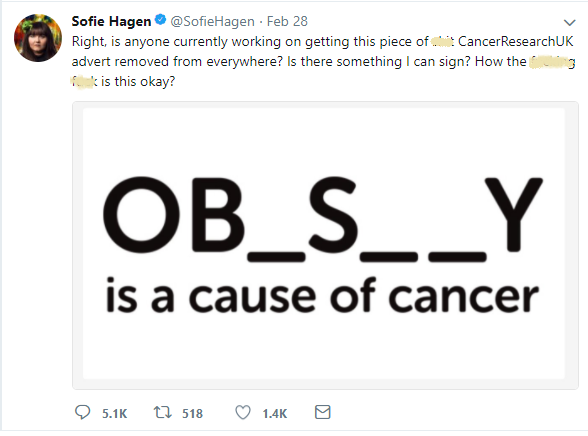 After imploring this campaign to be removed, even though it hadn’t even been present for a day, Ms. Hagen explained as to why she thought that it was so offensive and this was because, as she describes, “it uses shame, ridicule, abuse, and fear” in order to get individuals with overweight or obesity to “change their ways.” Many of Ms. Hagens followers agreed with her with one adding that “There is a difference between informing and shaming and THIS campaign shames.” Some were so enraged by Cancer Research UK’s campaign that they encouraged the public to never donate to the charity ever again and to only donate to charities that don’t body shame. 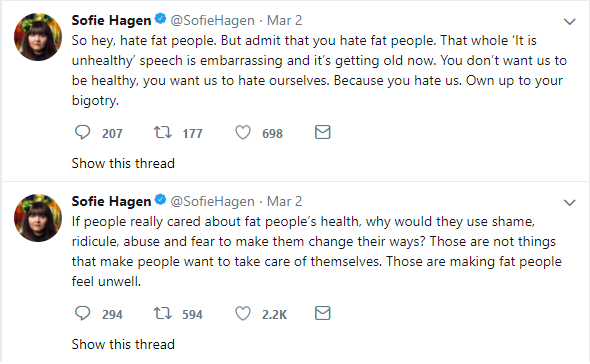 The outrage that this campaign attracted has drawn many questions, but one particularly pertinent question sticks out, and that is as to what exactly constitutes body shaming. Cancer Research UK’s campaign featured no people of any description in any of the variations of the advertisements. It only promoted the fact that after smoking, obesity is the biggest preventable cause of cancer, and was trying to make the public aware of this. So why was there such outrage? The outrage was probably due to the fact that obesity is an extremely sensitive topic and often the language used surrounding people with overweight or obesity is insensitive and counterproductive. There is no doubt that the way we talk about obesity needs improvement and should change, however attacking what is supposed to be an informing, and moving, campaign by a reputable national charity is not the way to do it.

The way to achieve a real change in the way we talk about obesity is to start using tools like People First language that the College of Contemporary Health was recently recognised for. People-First language is not something new; however, it is new to the obesity community. It separates the individual from their disease rather than labelling someone as their disease. For example, instead of using “the obese man was elderly” use, “the man with obesity was elderly.” People-First language, healthcare professionals trained in obesity care, and an awareness of obesity brought to the public by campaigns like this one by Cancer Research UK, is what will prompt real change in the way we perceive obesity in society and treat individuals with the disease.

To learn more about obesity, its prevention, and its treatment please look at CCH’s Postgraduate Academic Courses in Lifestyle Medicine (Obesity Care), and CPD Short Courses in topics such as childhood obesity and behaviour change, designed to up-skill health professionals in this vitally important, and often overlooked, area of care. 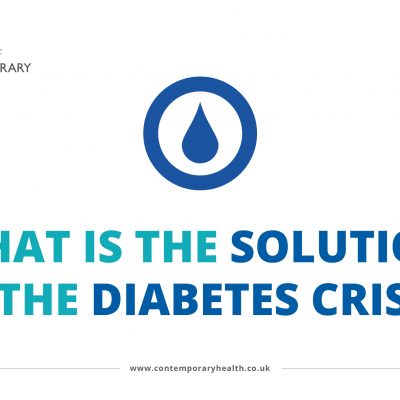 What is the Solution to the Diabetes Crisis? 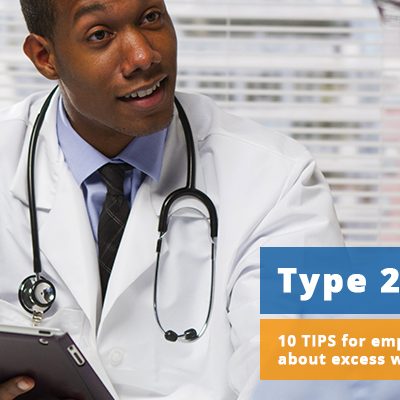 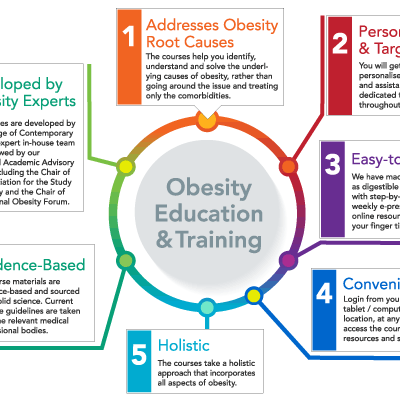 7 reasons to consider an Obesity Care and Weight Management course 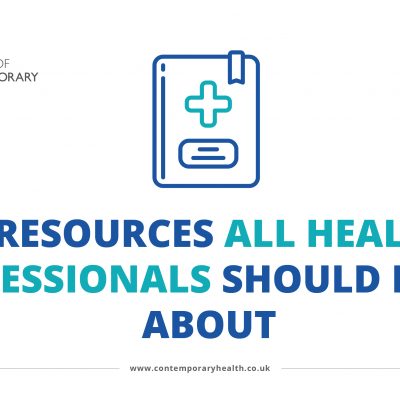 5 Resources All Health Professionals Should Know About